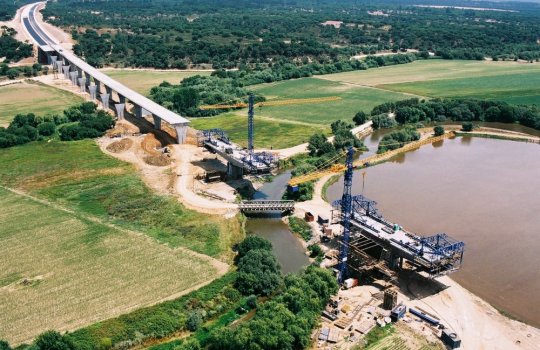 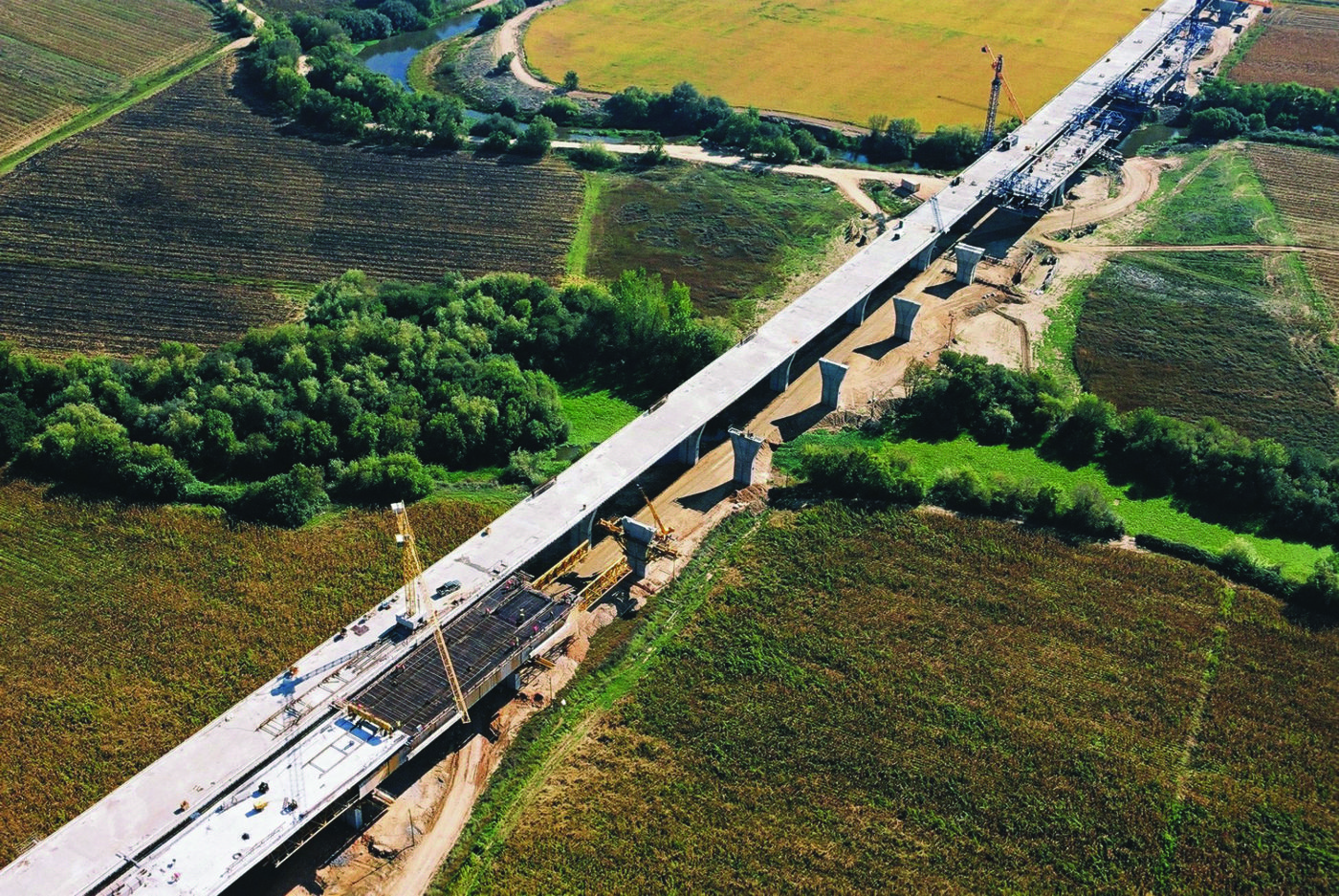 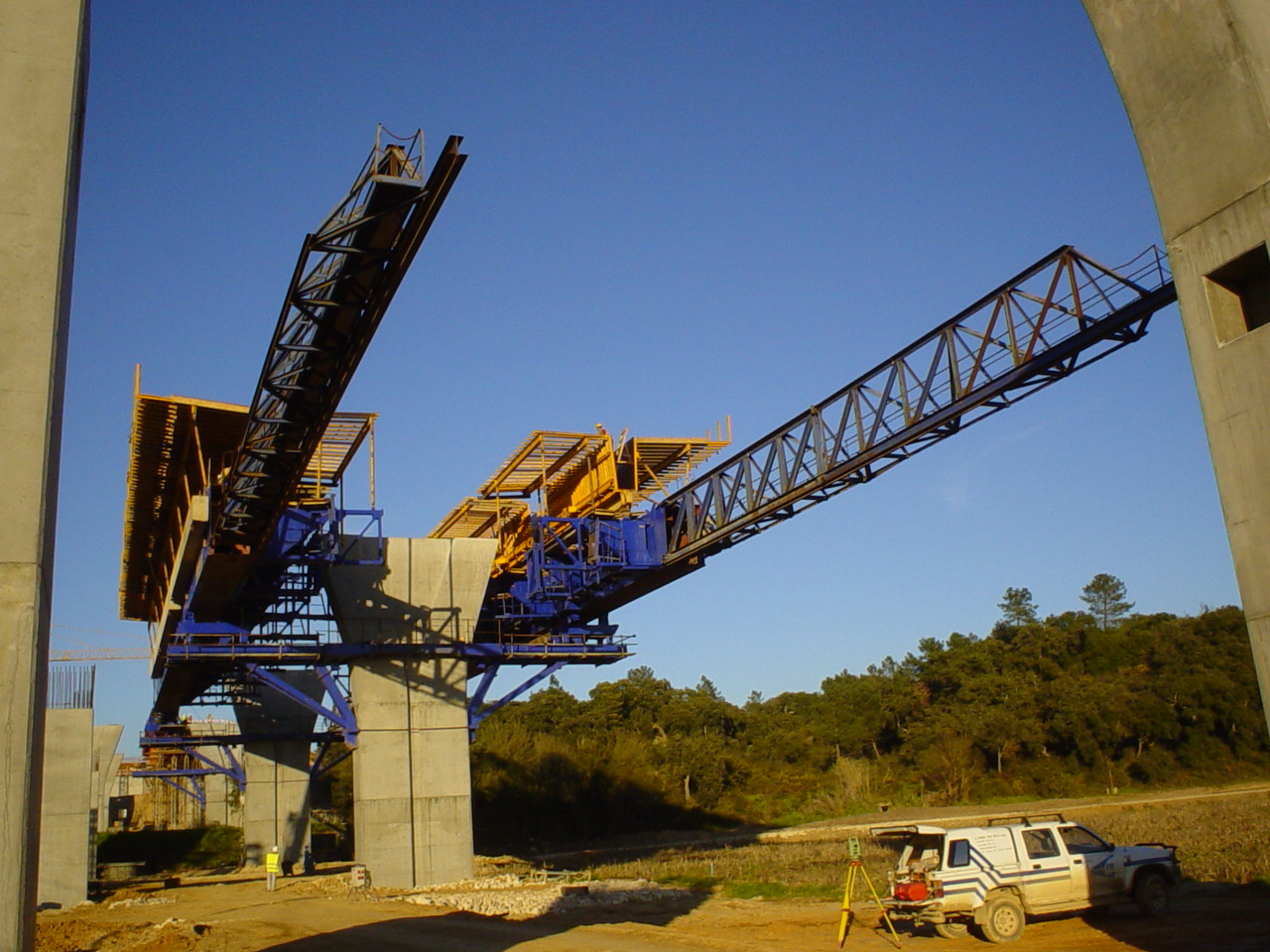 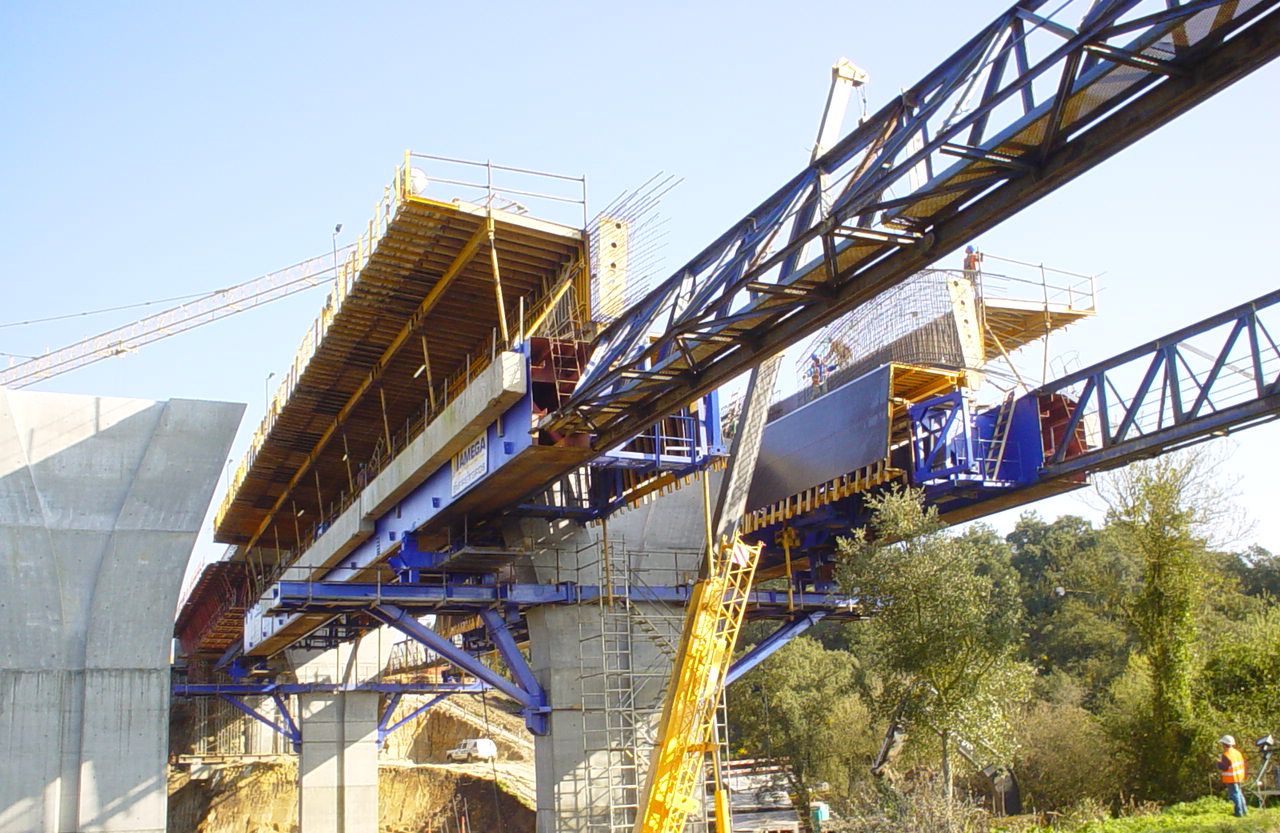 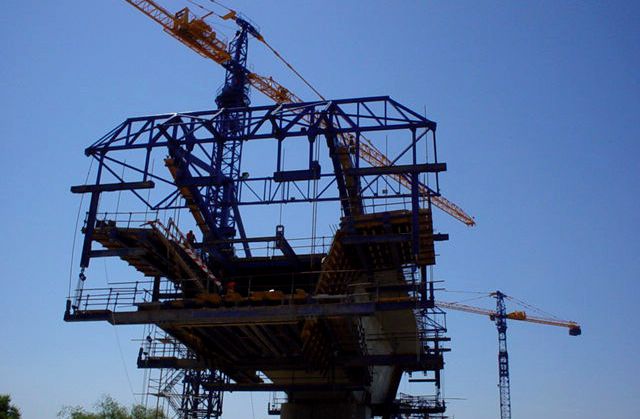 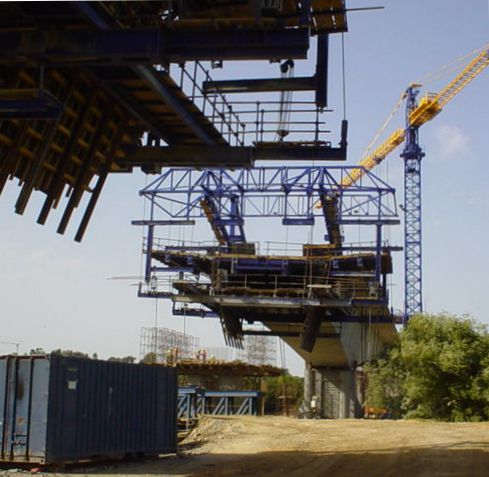 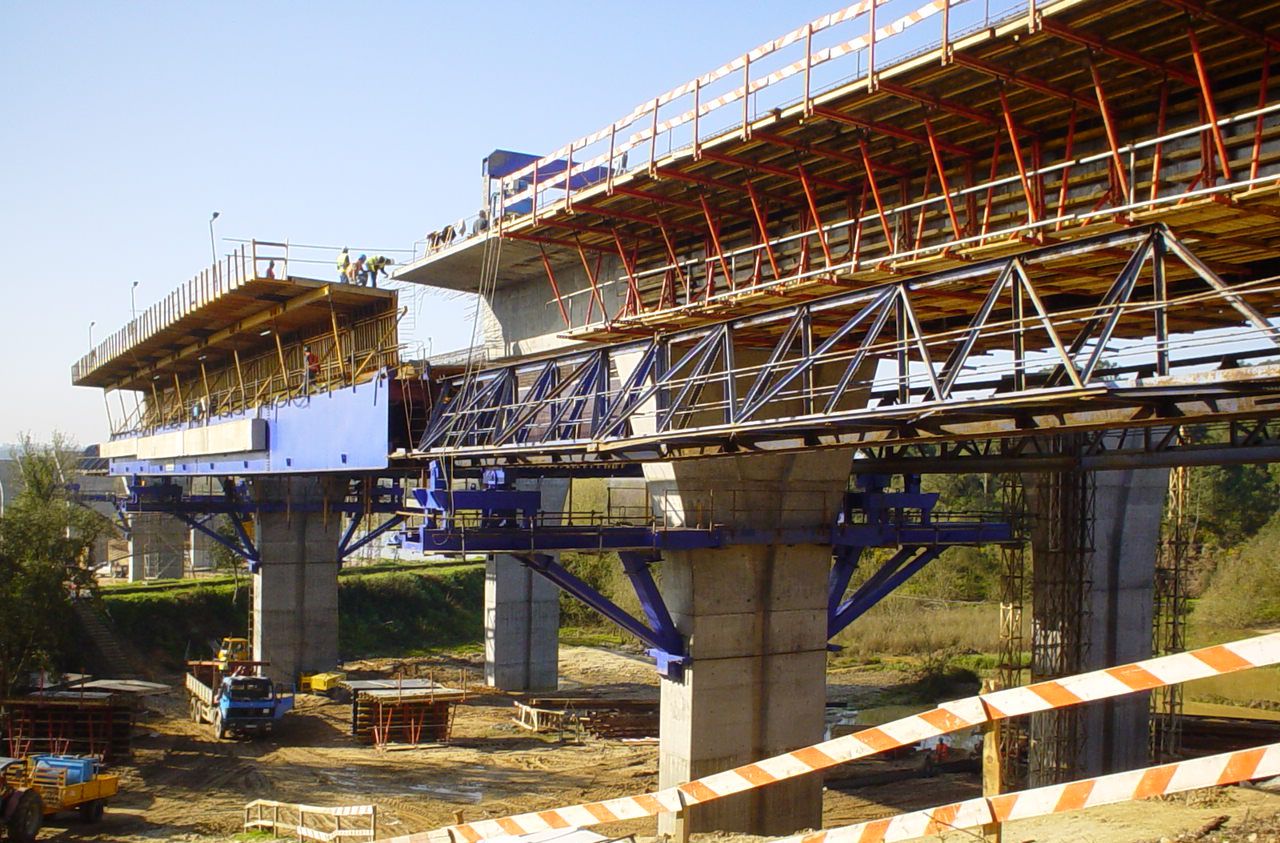 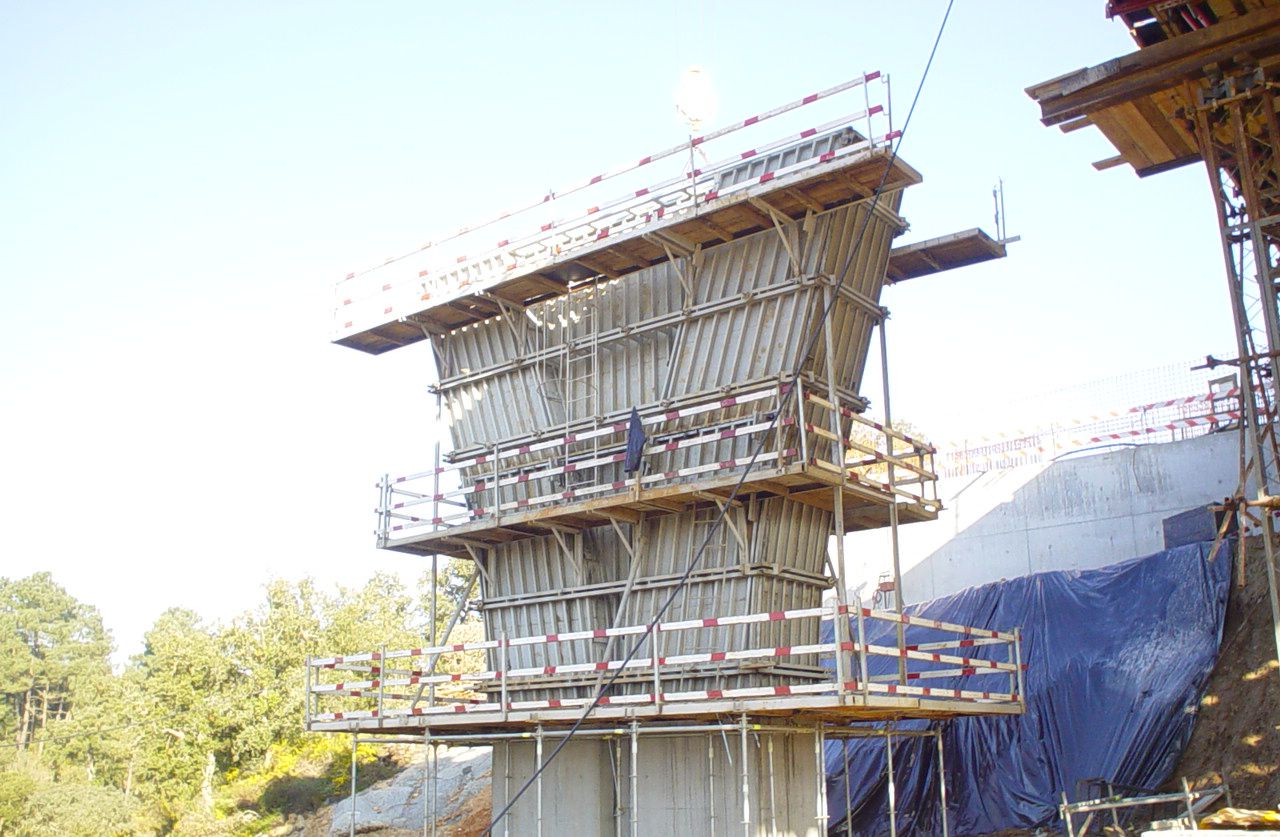 A13 - Viaduct Over Sorraia River 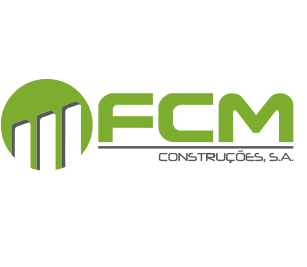 
The project consisted in the construction of a viaduct with a total lengh of 1,666m, consisting of two bridge decks with a width of 14.50m each. In the bridge zone (with 270m of length) has box girder deck and was built by the balanced cantilever method. The viaduct to the north is 487m long and to the south 909m long.

Beam and slab deck built with falsework launching girders, with the help of two launching beams, and it was also necessary to use falsework for the execution of some areas of the deck of bridge.

The pillars were composed of shaft and capital, in which the design and manufacture of the formwork was the responsibility of FCM. 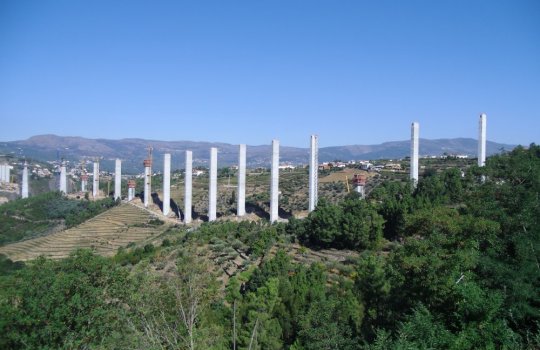 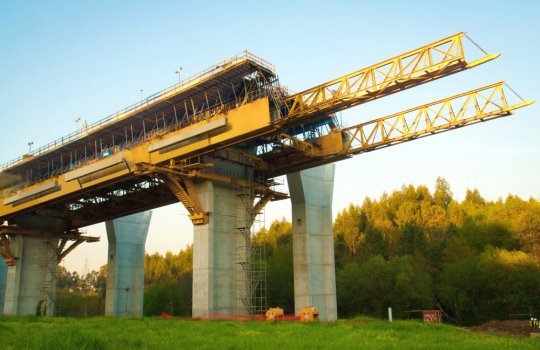 A32 - Viaduct of Louredo 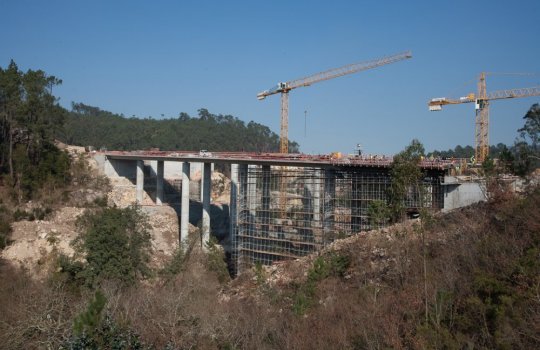 A32 - Bridge Over
Ínsua River II 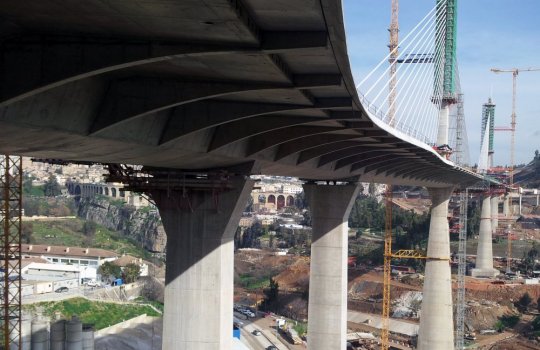